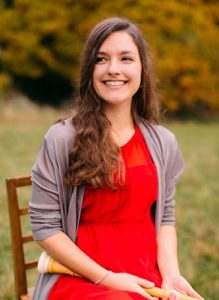 Ana Inés was born in 1990 and finished a degree in molecular biology before deciding to become a professional musician. She studied the recorder with Yvonne Weichsel and Andreas Böhlen at KUG (Graz University of Music, Austria) and passed her Bachelor’s degree with distinction in 2014. Since 2012, she is studying the historical oboe at MUK Vienna conservatory with Andreas Helm. In 2015, Ana Inés was chosen as one of two oboists for EUBO’s (European Union Baroque Orchestra) 2015/2016 season under the direction of Lars-Ulrik Mortensen, Rachel Podger and Maggie Faultless. She is currently attending a theoretical master programme focusing on historically informed performance with Reinhard Goebel at Mozarteum Salzburg.