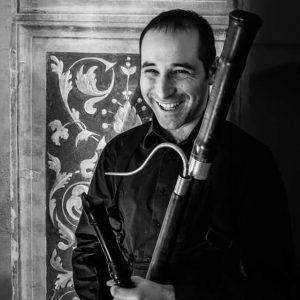 Alessandro Nasello, from Sicily, is a recorder and bassoon player.

He attended the Erasmus at the Conservatoire Royal in Bruxelles with Alain de Rijcher.

He has been awarded at “Premio delle arti”, arranged by Italian Ministry of Education

As a recorder player, he has awarded the second prize at “The National Competition for recorder” arranged by ERTAItalian  and he received honorable mention in the IX Premio delle Arti for “his completeness of trainings and his ease in the executive approach”.

He has recorded for: Decca, ORF and Overplay.